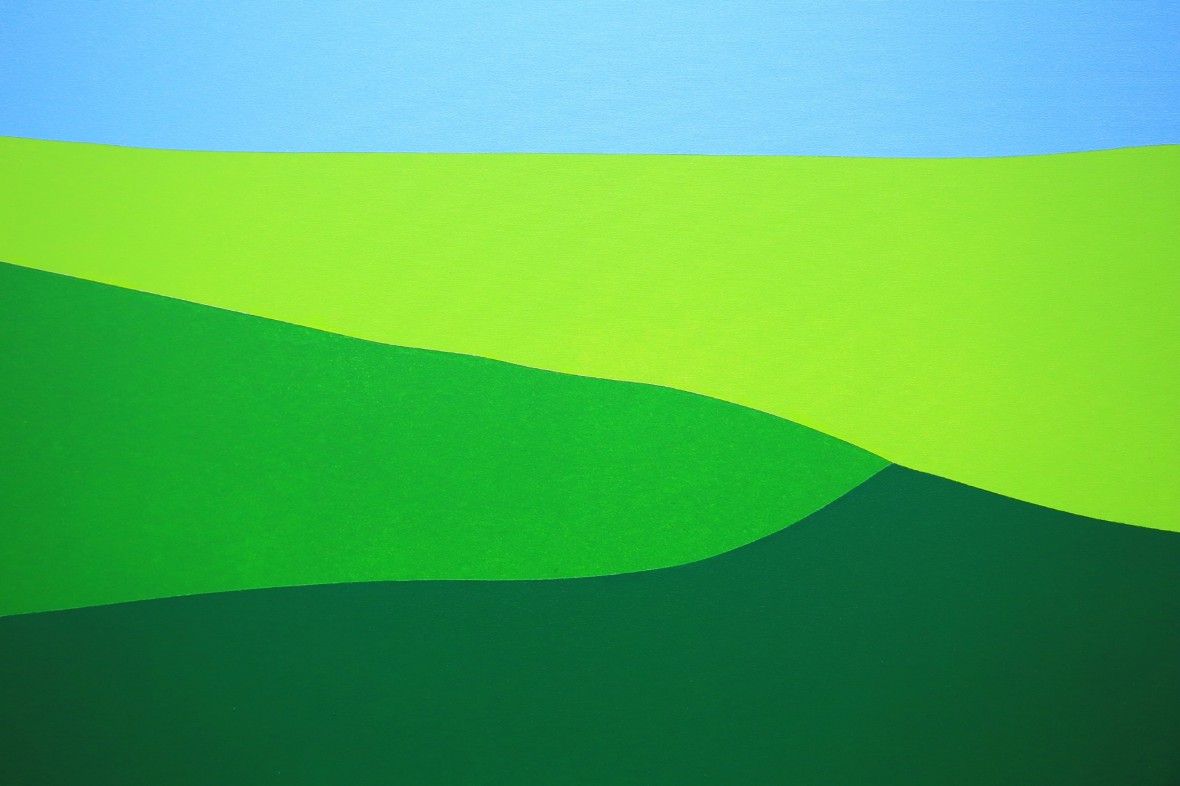 On January 10th, at 6pm, the Pamėnkalnio Gallery invites you to the opening of a solo exhibition by  Adelė Pukelytė, entitled ‘Two Lines, Three Green and Blue’.

My paintings are simple. I always paint real things, for this reason the spectator can recognize them from his/her own life. I try to make honest and universaly understandable pictures. I do so by naming a painting Three Greens and a Blue and not by the location – Krivuliai village – where the motive is actually from. There are only a few people who know this village, however, I am certain that almost everyone has seen three greens and a blue side by side.This is how the name of the exhibition emerged. I tried to define the formal segments of the show – without revealing the meanings of the paintings. Everyone can understand an image differently and that is why I did not want to suggest a „good“ way of seeing. On the other hand, I made a small hint in the names of the paintings from the cycle System no. *. I confess that those copper lines come from a bigger system. The numbers of the systems grow chronologically. For example, System no. 1 was the first painting of the cycle, System no. 9 – the ninth. These numbers only reveal the course of creation of the paintings and do not suggest a narrative. So it is left to the spectator to recognise what system and what parts of it am I painting.There are two paintings in this exhibition which do not belong to the Systems cycle – their motives come from nature. These are Three Greens and a Blue and Two Greens and Two Blues. For a long time I have been painting things that I observe in a close and closed environment. When summer came, an urge for freedom and space emerged – that is how nature came into the picture. After looking at the new green and blue paintings – I found calmness and concentration in them. All these feelings led me to begin a new cycle.I believe, that it is better to leave space for the spectator’s interpretations – in a painting as well as in an exhibition – rather than presenting every little detail. I hope that the voids which were left by me, will be filled by the viewer’s experiences. I think that the world is simple and understanding it should be easy as well. And that is how I want to end this text – with a positive gaze at a starting year. (Adele Pukelyte)