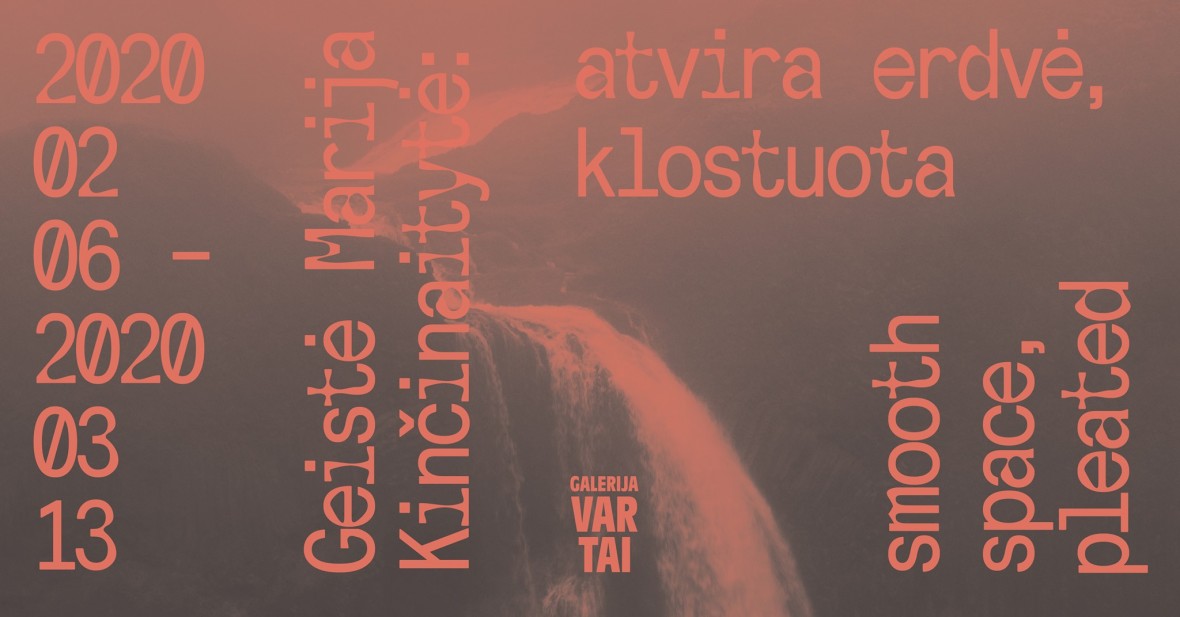 “smooth space, pleated” is a solo-presentation of new work by Geistė Kinčinaitytė which revolves around the artist’s debut film — a video essay entitled “The Pool” (2020). This work is the result of a collaboration with writer Elaine Tam, and experimental composers Simon Allen, Jan Hendrickse and Sandro Mussida. The culmination of a long-standing fascination with themes of hospitality, belonging and alienation, Kinčinaitytė uses image-making to draw out the mesmeric charge of naturally-occurring phenomena: bodies of water, barren lands and interior cavities.

A sense of violence pervades acts of image-making that look to represent or animate that which is perceived as passive — from exposure to the editing cut. In resistance, Kinčinaitytė orients herself towards an alternative means of engaging with a terrestrial subreality. Privileging intuition over knowing, vulnerability over apprehension, this openness itself becomes a site of psychical and physical boundary-crossing. This mutual exchange — a folding — visually figures as the shore and is central to The Pool in literal and metaphoric senses. Symbolic of limit, incursion and threshold, the shore is the site par excellence for incantations of, or encounters with Otherness. The camera that insists on capture discovers that landscapes are agentic, generative bodies, evading fixed explanation and instead appealing to fluid modes of fictioning.

“smooth space, pleated” considers the enfolding of different forms of beings and bodies through experiments of a geopoetic nature. Continuing interests developed in Kinčinaitytė’s previous project “You Belong to Me” (2016), what begins as documentation soon becomes a sensuous love letter, one shared between human and non-human forces.

Curator of the exhibition Elaine Tam

Opening on February 6 at 6pm