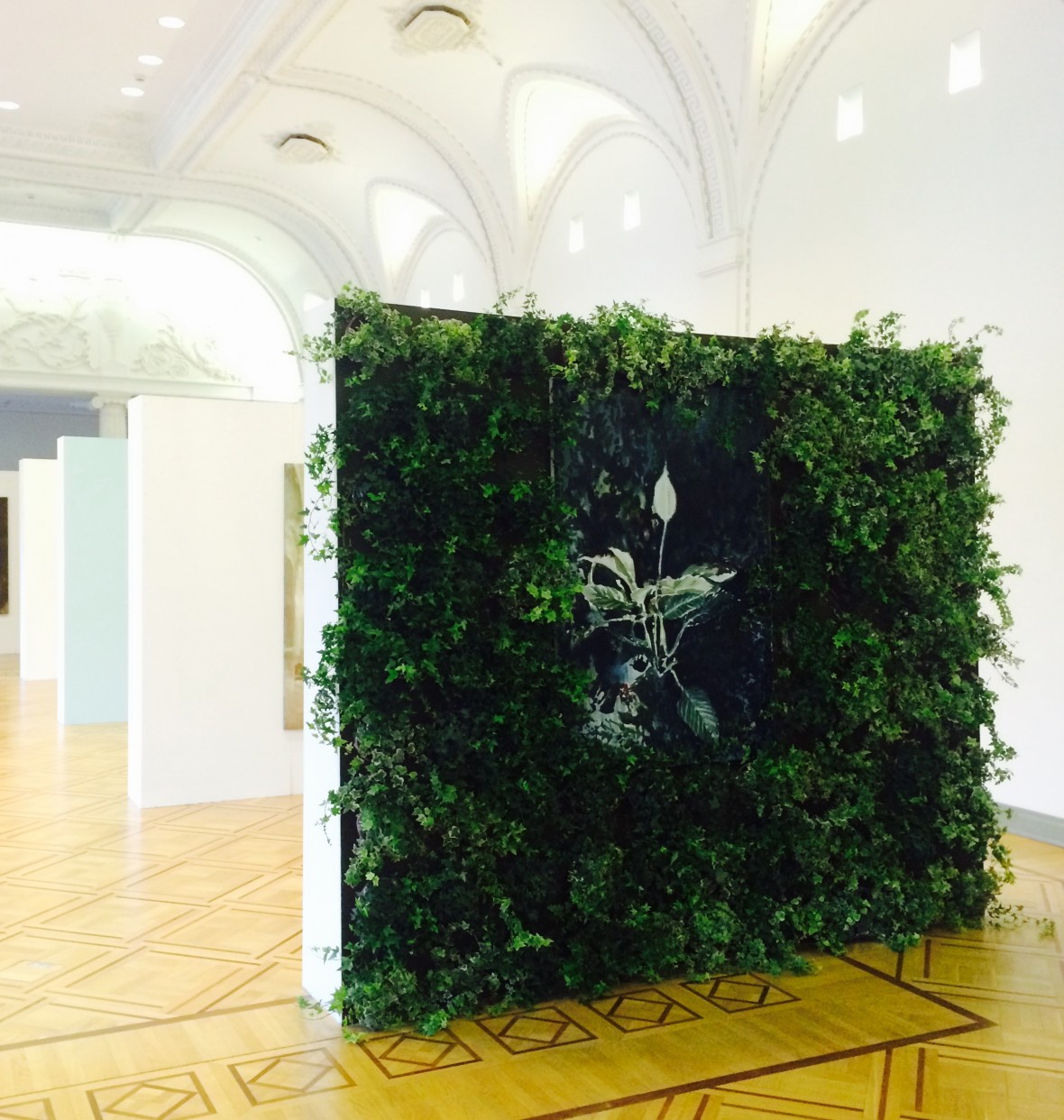 THE CHURCH – exhibition of paintings by Kristina Alisauskaite and Egle Karpaviciute

On 11 February 2015 (Wednesday) at 7 p.m., THE ROOSTER GALLERY will present the exhibition of the newest paintings by Kristina Ališauskaitė and Eglė Karpavičiūtė titled “The Church”. The event will take place in the Mercury Hall of the Vilnius Merchants’ Club (Gedimino Ave. 35).

The power of a painted image to create an illusion of reality has captivated humanity since the earliest times. The ancient Greek historian Pliny the Elder described a contest between the painters Parrhasius and Zeuxis. Grapes painted by Zeuxis appeared so real that birds flew down to peck at them. But it was Parrhasius who won the contest by painting a curtain, which Zeuxis tried to pull aside from his painting, and which itself turned out to be a painted illusion. This legend of classical antiquity illustrates the significance of painting in the history of humanity: people believed not only in its ability to reflect reality, but also in its magical powers: they turned to miraculous religious paintings for protection and worshipped them as representatives of God and the saints.

Despite the authority of painting and its long-term dominance in the hierarchy of the visual arts, the question of the relevance of painting has been raised for almost 200 years. Already in the first half of the 19th century, with the appearance of the first photographic attempts, the death of painting was proclaimed. Having remained a means to convey the most realistic image of the visible reality for a long time, in the late 19thcentury painting yielded this position to photography. At that time artists began to emphasise the artistic and aesthetic qualities in painting rather than its function of the illusory recreation of reality, and the conception of “art for art’s sake” took root. The modernist art movements analysed the possibilities of painting as a medium, searched for new forms of painting and sought to refine them. Radical painting experiments compelled art critics to doubt the future of painting again. New tendencies of art that became popular in the second half of the 20th century (minimalism, pop art, conceptual art) and non-traditional forms of expression (installation, performance, video art etc.) gave another pretext to talk about the end of painting. Contrary to what was expected, all these blows did not destroy painting. Quite the opposite: having absorbed the possibilities of expression of other media and constantly renewing itself, it has not lost its relevance. Due to the sustained interest of the young generation of artists, panting retains strong positions on the contemporary art scene.

By referring to the history of painting and the constant attempts to “kill” it, The Rooster Gallery representing young Lithuanian painters pays a tribute to this art form and invites the public to celebrate its renaissance. “The Church” is both an exhibition about painting and a monument to painting. Trust in the painted image still remains an intrinsic part of trust in general. Thus, the exhibition organisers raise a question: how much is a painted image important for us, and what emotions does it cause? Do we still trust it? What is its relation to reality? Can it deceive and mislead us? Where are the limits (if they exist) between a painted reality and illusion?

The painted narratives about painting and its powers in this exhibition aim to answer these and other questions. The gallery presents the works by two probably most promising Lithuanian painters, Egle Karpaviciute and Kristina Alisauskaite, which conceptualise painting and its history in different ways. Karpaviciute’s perspective on the history of art, the problematics of “the death of painting” and its relation to the contemporary media is intellectual and analytic. By recreating the works by famous artists, the painter raises doubts in the established concepts of the originality of an artwork and the status of a creator. She records the contemporary forms of artistic expression (installations and performances) through the classical and long-lasting painting medium, thus assessing the relation of painting to other art forms and as if emphasising the supremacy of painting which still reigns in the hierarchy of art despite the attempts to depose it. Alisauskaite has a more intimate psychologised view of painting. Her laconic paintings are most often devoid of any obvious hints of action. They represent wide abstract spaces, interiors and landscapes, in which faceless characters occasionally appear. Yet, her paintings are eloquent and mesmerising. While making use of certain symbolic images, the painter analyses the psychological suggestion of a painted image and its ability to cause emotions. Her portraits can be called contemporary versions of religious icons and specific reflections on the history of the cult of the painted image.

Not having a permanent exhibition space, The Rooster Gallery aims to present the work of artists in untraditional venues that can help reveal the features of the works and supplement the conception of the exhibition. This time the gallery also does not limit itself to the established exhibition practices and opts for a hall in the Vilnius Merchants’ Club decorated with stucco mouldings over a customary sterile and neutral exhibition space. The sumptuous ceremonial interior is emphasised by the architectural solution to build an “altar” for each work, thus creating an additional context that distinguishes and as if elevates each work. In this way the atmosphere of a kind of temple of painting is created, inviting the public to experience unexpected visual impressions and opening new possibilities of looking at a work of art.